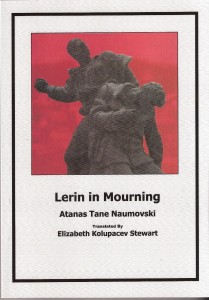 Lerin in Mourning names  and commemorates 2,056 Macedonian fighters who died for Macedonian freedom in the Greek Civil War between 1947-49.

The book has information on 98 villages in the Lerin region of Aegean Macedonia (northern Greece) plus the town of Lerin itself.  The fighters are grouped by their village and family.  There is also a Macedonian perspective on the political and military organization of the fighters and key events in the Civil War.

The author, Atanas Naumovski, said that in writing the book he wanted to leave a lasting record of the participants in the events, and the reasons that led to such a bloody Civil War in Greece.

MY NAME IS SOTIR – A Memoir of a Child Evacuee 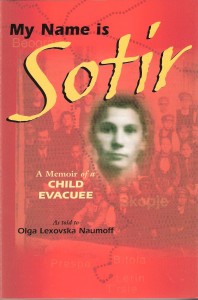 This memoir transports you to a time and place, a people and a culture that few really know, or have cared about. As one of the 28-30,000 Macedonian children, from two to fourteen years of age, Sotir became one of the Detsa Begaltsi, evacuated by the partisans to countries that opened their doors to them, where the sounds of war would no longer be heard.  The parents placed their trust in the particans, rather than the Greeks.  This is a true, must-read story.  It is one that will evoke happy, carefree memories of the child in all of us.  It may remind you of life in the village, before and after the war interrupted the idyllic life.  Sotir will make you laugh at his antics, cry and remember, learn and give thanks for the human spirit that survives.

WHAT EUROPE HAS FORGOTTEN: The Struggle of the Aegean Macedonians

By Association of Macedonians in Poland

This text examines official discrimination against the Macedonian minority of northern Greece, and the struggle for human rights, particularly by the more than 28,000 ethnic Macedonian child refugees evacuated in 1948 during the Greek Civil War.

The report contains 28 photographs and 26 pages of letters, certificates and documentary evidence.  The book outlines the obligations to fully protect the Macedonian national minority assumed by Greece when it annexed Aegean Macedonia in the 20th century.  This was to include full civic and political rights.  However, instead, the Greek authorities instigated policies aimed at assimilation, displacement and ethnic cleansing.

PICTURE ON THE MANTELPIECE 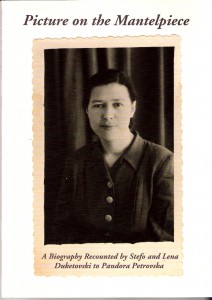 By: Pandora Petrovska (author of Children of the Bird Goddess)

This is a love story about Stefo and Lena from the Macedonian village of Trna in Aegean Macedonia.  But it could be anyone’s story who lived through those times.  Married during the early days of WWII, Stefo is conscripted into the Greek army, and later becomes a partisan.  This is a family torn apart through no fault of their own, and how they manage to put the pieces together.  It is a powerful oral history about war, migration, Macedonian village life in the early mid 20thC and the importance of family.  It is well told and easy to read.

DIARY OF AN UNCIVIL WAR 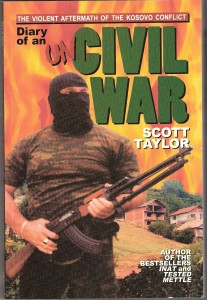 In June 1999, NATO troops were hailed as the “liberation of Kosovo”.  Western media promptly packed it up and headed home from the Balkans.  The declaration of victory was naïve and premature given the Alliance’s stated objectives of deposing Yugoslav President Slobodan Milosevic, and creating a safe, multi-ethnic environment in Kosovo.  Rather than ending the civil strife, NATO’s intervention set in motion a series of events which would have violent repercussions through Serbia, Kosovo and especially Macedonia, over the next two years.

This is Taylor’s first-hand observations and interviews with the people and the players and a very personal account of the war, and its aftermath in Serbia and Macedonia.